I finally broke down and got Vegasaur several months ago and can't believe I waited so long to do so. So far, in using it, some of the features I really like and use the most are the tweener, pan/crop assistant, handheld camera, and randomize events. But since it has so many features and tools, I was just curious what others find the most helpful and useful.

I want to use it to its full potential and make sure I'm not missing out or under-using something.

For me it's definitely quick properties.

Vegasaur is really what keeps me using Vegas. It was initially harder to use than Still Motion from VASST, but if I want to change something afterwards, it gives me complete control to just remove transitions or to change the duration of the select events on the track.I almost always have to tweak the duration afterwards to try to keep the full length of the slideshow to something reasonable. Vegasaur makes this easy enough as I don't get paid by the hour to create this things.

Vegasaur has been really good about providing support and staying current with Vegas Pro as it transitioned to Magix. That was when I had to stop using VASST aka Sony Production Assistant 2. There was not an update for PA 2 and the VASST site could not sell me Still Motion as a FASST app, since it relied on the Sony site for purchases. I had gotten Vegasaur for the Markers tool and then found it was more efficient with the things I did with PA 2.

If I were to do it over again, I would have just used Vegas Pro Edit (avoid the head aches of limited support bundles), Vegasaur, and BorisFX BCC (much more stable for me than the years I spent upgrading NewBlue Titler Pro.

Wedding videos here and for me, hands down its the Transcoder (batch render).

To just click a preset and have it render h.265 web, usb, DVD, blu-ray versions of all the videos is just amazing. Let it run and have it auto shutdown when done.

Or when clients want the raw footage all converted to an easy to use format. Load up 1000 clips and have them all go in a queue, which then shows you if any failed and lets you re-queue them. Cosmic!

What I probably like most are the 1-click-commands, I use many of them either as buttons in the toolbar or as keystrokes.

Another valuable tools are the Transcoder (combined with the Render Assistant), the Marker tool, Text Generation Wizzard (e.g. to create countdowns), the Smart Trim tool (to smart trim, merge and re-wrap clips), Silence Detector, Animation Tweener, the Apply FX tool, Batch Media Import (with its automatic Media Bin creation), the Project Auditor. The Split Screen tool is a nice one, too, for some occasions. 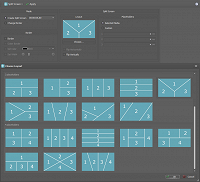 I don't use Vegasaur anywhere enough, but the essential for me is the Project Audit function which I use quite often when approaching the end of a project and particularly just before rendering.

I seriously need to look at the menu and see what I can do with this. Render is pretty much all ive done :P

Favorite - My phone beeps when Vegas is done rendering.

Ooo, Rocket speed for my timelapses. Forgot that one

The saving markers so you can import them into DVDA. Great for when you render a blu-ray and forget to save project markers and you dont want to re-render the whole thing.

I dont use the quick properties. Although... I asked on the jetdv forums how to quickly change all my footage from Upper Field First to Progressive as I shoot C100 which vegas marks as interlaced when its actually progressive. The Vegasaur writer kindly posted a one click script to do just that and was how I found Vegasaur. So I have a button on my toolbar to set everything to prog instead of having to navigate the Vegasaur menus.

Also a scrupt to crossfade audio for a smooth mix. Or was it that one that I found vegasaur? One of them, or both. Either way, thanks.

It was the best investment I made in Vegas. I do not have a favorite tool. I actually like everything in Vegasaur. Vegasaur is what keeps me going in Vegas.

@Former user That's so funny you say that because I have been impressed with it, in fact, amazed at how solid it is not only in terms of its functionality, but its sleek, Vegas-style appearance. I hate to say this but I think I was a little thrown off by the name itself---Vegasaur--- it made it almost sound like a relic from the past or something, so I don't know, it took me seeing it referenced here again and again that finally made me get it. I want to add that the minds behind it are the Jedi Knights of Vegas Pro. I have gotten a few of their templates and it blows my mind how sophisticated they are in making Vegas Pro do things I didn't think were possible. What I love the most right now is the tweener. It makes a night and day difference in terms of how smoothly animations run, and as far as I can, with the tweener, I can now animate on par with any other program, IMHO. It's just flat out smooth animation now.