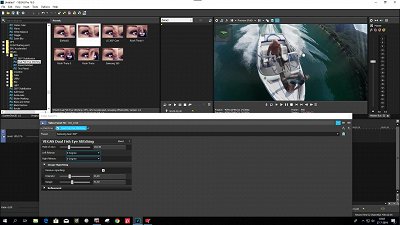 When I drag the Dual Fish Eye effect onto the footage, it doesn't seem to convert over into 360. The 360 control doesn't appear on the video and it just looks flat though merged. Am I missing a step or something? I'm using the Samsung 360 too.

Nevermind. I figured it out. The Project Properties did not have the 360 output box ck'd. It's all good now.