I was wondering if it were possible to cancel a render in the Magix Vegas scripting api?

I have tried a few things: Using the CancelAsynchronousTasks() function will do the job but every consecutive render will get cancelled as well. So if I cancel one render, use my script again and start rendering, that render will also get cancelled.

Is there a way to cancel a render or will I have to live with simply not being able to with a script?

P.S.: I simply wanted to replace the render window (which may also be impossible)

Have you ever tried the SEMW extension?
It adds an additional window to the render dialog where you can pause rendering. 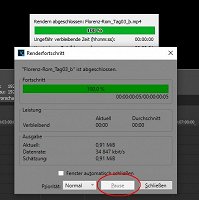 Which Vegas script are we talking about? 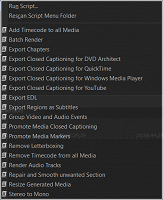 First of all, thank you for the replies :)

I am looking for a way to cancel a render in the code and not via a different extension. I have written my own script for that but sadly that particular function still eludes me.

I am not talking about a script that is already in Vegas :)