Hello! I've been rendering several hundred hours worth of videos using VP 14 with a setting somewhat named "Apple 720 tablet" (or something like that, can't remember the exact name). I've just upgraded to VP 17 and cannot find that codec. How do I choose (or) What do I do to maintain consistency in my uploads as my project continues? What is the VP 17 equivalent? Thanks!

The Vegas Pro 14 templates for iPad/iPhone in that era were nothing to write home to Mama about.

The Mediainfo for the rendered video looks like this: 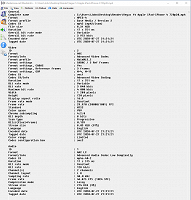 In Vegas Pro 17 you could use the Magix AVC/AAC MP4 render template:

Unchanged, the Mediainfo for the video rendered from this template looks like this: 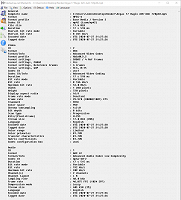 If you feel a strong need to match what you've done before, you can customize the render template. I have a number of iDevices with the exception of Apple TV and I've never had a problem with the Magix templates.

Another option is the Sony AVC/MVC Internet template. You get the drift...

Wow John! What a terrific and complete answer!!! Thanks so much!!!!!!!

Yes, your assumptions regarding a "matching" of results is, in part, important to me. I surely presumed that Vegas Pro 17 would have much better and faster codecs than vs.14. My own issue was that I did not possess the technical info and comparisons needed to make a decision. Thanks to you, that's a thing of the past!

In a nutshell, this is what I had done...

At 63 and semi-retired (not by choice), I have hundreds of hours of family videos from the past 45 years, as well as professional videos that I've had some role in creating. The videos are in multiple formats (S-VHS, Hi8, Umatic SP, Beta SP, DV, etc.), and I've been digitizing them on my old XP via a DV device and wonderfully reliable FireWire. These video files clock in at about 13Gb+ per hour of footage, so compression was a necessary evil if I was going to post them on my Vimeo account.

In order to determine which codec would give me the best result and the smallest file size, I spent 3-4 days compressing various 30 second scenes: Daytime, Nighttime, Indoor, Outdoor, Action, Close-Ups, etc.

The "Apple 720p Tablet" gave me the best (I use that word loosely) result visually with smallest (1Gb/Hour) file size. To date, I've posted over 300 video files since the beginning of the year

So tomorrow, after careful review of the advice you've graciously provided, I'll be joining my seven forest friends and sing, "Hi Ho, Hi Ho, a Rendering I go!"

Thanks for the tip!!

I will be working on this tomorrow and post my results...

As promised, here is what happened, along with my results...

First, I fired up an identical unit that still had Vegas Pro 14 (VP14) on it. Then I put up the next video I had in line for compression and upload onto the timeline, and asked VP14 to render to "Apple iPad-iPhone 4 720p 30" specs. (Screenshot)

That 27.4Gb AVI video (SD ingested via FireWire and made into a DV file) was compressed into a 2.3Gb Mp4 file. Additional tidbit: file length was 123 minutes and it took over 196 minutes (about 3.5 hours) to render.

Second, based on recommendations on this forum from John Dennis and "Musicvid", I took that same video to my regular desktop and asked Vegas Pro 17 (VP17) to render it using the "Sony AVC/MVC" - "Internet 1280x720-30p" specs. (Screenshot)

Unfortunately, that 27.4Gb file would render into an estimated 13Gb file size. (Screenshot)

And here is the subjective part of this post: for my purposes of posting so many hundreds of videos, that would not do. For some reason, I couldn't access the raw info regarding the specs associated with the old codec I had been using (that's why I posted on this forum as well). The big question then was, "So what can I do to match quality and size to my past work?"

I then took a closer look at the individual codec specs, and discovered that both codecs were somewhat identical, except for the Bit Rate (bps). (Screenshots)

Next, I played portions of all three videos in sync, and visually compared the results. Of course, the smaller file (1.7Gb) showed signs of just a little too much compression, but the other two were essentially identical. So now, I've saved a preset on VP17 and I'm quite happy with the results. (Screenshot)

I'm sure that there might be a detail or two inadvertently omitted, so if you have questions, please don't hesitate to ask. In the meantime and to quote Jimmy Buffet, "That's my story and I'm sticking to it!"

There is one more item of note that I should have included with my note yesterday having to do with an ancillary subject: Render Times.

For months I had been using the "Apple iPad-iPhone 4 720p 30" preset within Vegas Pro 14 (VP14), producing highly compressed video files with acceptable (subjective) results visually. And if you did the math on the render times noted in my previous post (123 minutes...took over 196 minutes), it translates into 1.63 minutes to compress every minute of video.

Why is this important? That's what I unwittingly omitted, so here it is!

Today, using Vegas Pro 17 (VP17) on the exact same machine as before, selecting a compression setting of "Sony AVC/MVC" - "Internet 1280x720-30p" with a customized Bit Rate (bps) setting of 4 million bps, closely emulating the aforementioned Apple setting found in VP14, the render times are now dramatically reduced to 0.6 minutes of compression for every minute of video. That same 123 minute video that took 196 minutes in VP14, took only 74 minutes to render in VP17!

That is amazing! Reducing compression times from 1.63/minute to 0.61/minute is ridiculously good!!

All things being equal, my only guess is that the Apple codec in VP14 could never perform as well as Sony's own codec within a Sony product. If I have an opportunity in the next few days, I'll fire up my other machine (the clone) that still has VP14, and test out this theory using the Sony compression presets adjusted as was done within VP17, and post those results.

Have a Blessed & Creative Day!

Also in Vpro17, you have available Magix AVC codec with benefits from GPU supported rendering of a Graphic card when installed. This is also much faster than rendering with Sony AVC.

There are two things here I'd like to answer.

1) I don't have analytical data regarding the preponderance of devices with the capability of playing 4:3 aspect ratio on 16:9 devices, but knowing that the videos I'm posting are being viewed in other countries, I felt it would be helpful for those viewers for me to take that additional step. I didn't contemplate the potential burden this could place on my render times.

2) I did sit back for a moment when I saw the "Magix" codecs listed along side "Sony" codecs. Honestly, I felt that they were identical codecs that were labeled separately for the benefit of old-timer like myself (I've had Vegas since it was "Sonic Foundry - Vegas Video 3.0" for my "wicked-fast" Windows NT, Pentium 3, 400Mhz workhorse! Those days there was a tech support number that was answered by some of the nicest people in all of Madison, Wisconsin. Then when they were later bought out by Sony, many of us had mixed feelings. Fortunately, history has proven that Sony cared for and developed Vegas into what it is today. So perhaps with this next transition from Sony to Magix, they wanted to make it as pleasant as possible for us. 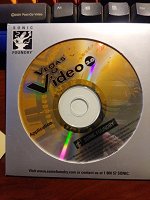 So in the interest of wanting to find a definitive answer and not let curiosity kill the proverbial cat, I actually ran a quick test on a five-minute video using three (3) codec variables:

The results as far as the render times was:

Interesting results! I'm not a tech person, but I am thankful that VP users have such a wide variety of options.

On a personal note, I do need to publicly apologize to 3Point regarding an earlier comment of mine on another thread. No excuses, just made some poor assumptions on a personally not-so-amazing day. Thanks for your graciousness...

Hope everyone has a great weekend!

Try this modified Magix AVC Internet render template and set it to Intel QSV for rendering support of your Graphics card:

Since you're rendering interlaced content to progressive, means your content has to be "deinterlaced", set the deinterlace mode in project settings also at least to "Interpolate fields", don't use "blend fields".

We all have sometimes a not-so-amazing day. Apologies accepted.