- add Pin Effects to Motion Track (as in Vegasaur)
https://vegasaur.com/pin-effects-to-motion-track

- Improved selection and visual indication of auto ripple modes
- Improved migration of all features between versions including project properties, windows layouts, pan/crop templates. Migration is currently a mess. New versions should inherit all those settings from previous versions.
- Memorize the custom size of the thumbnails (Explorer/Effects/ ...) and all windows

- Improved native titler or upgrade Protype Titler with 3D text option (as in BluffTiler)
- add mirroring in the PiP plugin
- Improved besier keyframe curve, this will be a innovation for all plugins.
Improved vs Vegas non-improved keyframe curve:

- add more effects for transitions and all keyframe (as in Blufftitler, Vegasaur Tweener and many others) 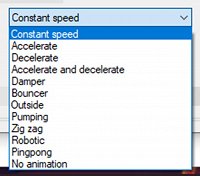 - Automatable FX - just right click whatever knob in  and create Automation without clicking through the track itself.

- Contour Shuttle Control or Mouse Wheel Control on ALL Timelines.
- Resizing of Panes that’s logical.
- Safe Areas revealed on External Monitor, as it is in DVDA.
- Track Naming Box that’s NOT invisible.
- User option to remove EXPANDED EDIT MODE or remove double mouse clicks.
- Script to Collapse Selection and then re-invoke it.
- add the option Studio and Computer RGB to the Preview window
- close windows with ESC button
- Redesign of all audio plugins + Noise reduction
- Fix Vegas freeze when deleting events on the fly

- add resolution change
- add FPS change (in Europe it is 25fps. Not 30fps)
- add bitrate change
- add Custom Area
- add path where to save files
- add Gallery of grabbed videos
- add the ability to select files in the gallery and right-click to send to Vegas in the context menu
- attractive UI (Get inspired by Nvidia G Experience, for example)

and other great suggestions below in the discussion.

I suggest that this list, including the discussion, be published in the Vegas Forum in the Important posts section, because it is a request from all of us for future versions of Vegas - 19 and higher.

The requirements met and the listed version of Vegas will be marked in red.

Just another vote for reinstating the option to lock markers to events. I used to use that all the time, but I notice it's gone after the most recent update.

When you want to rename Marker in Vegas - you can double click and rename it instantly.

This is very handy and saves a lot of time during naming\renaming markers.

When you create a region - you CAN'T rename it with a double click.

Instead, you need to right-click it and choose "rename" from the dropdown menu.

This should be fixed.

In Vegas Pro when you press "CTRL+Up" or "CTRL+Down" Timeline area maximizes or minimizes zoom level.

This is similar to Premiere Pro's "Zoom to timeline" Hotkey.

This is a VERY HANDY feature.

But when you go to keyboard customization - you can't find this feature or change a hotkey for it.

This is not good and should be fixed\added to the shortcut customization menu.

When I select an event and nudge it UP or DOWN (to a different track), only the video or audio part is moving.

To select both audio+video parts I need to switch to the Selection tool, drag selection, and nudge then.

This is a bug and should be reported because by default EVENT is grouped AUDIO+VIDEO and should behave like a group.

The ability to easily save a project as a package to share with another editor.

When you first start Vegas, a little popup window that gives the the choice of:

The ability to easily save a project as a package to share with another editor.

When you first start Vegas, a little popup window that gives the the choice of:

More visible audio waveform for quiet files. At times you can't really see it at all, which makes manually syncing a challenge.
A way to discard data for peaks when normalizing audio so you can bring up audio volume without getting stymied by a single loud noise or place where the audio clips.

More visible audio waveform for quiet files. At times you can't really see it at all, which makes manually syncing a challenge.

Select an audio event, then Shift "Up arrow". Affects all events. I use it all the time to sync my files together as the automated tool is useless...

@Illusion Thanks for the tip. What exactly is this doing? It appears to affect the media as well (after doing it, moving the same media to the timeline again shows higher levels). Is there a way to do this that only affects some events? The problem I have is where in-camera audio is clean, but quiet, and doesn't show the waveform, while the external recorder has a robust waveform and doesn't need to be increased.

@RogerS It amplifies the waveforms, only the graphics, not the actual sound volume. As I said, it affects all events. The way I use it is I amplify the waveform when some of the events have weak audio to help me align my multicam clips together. Once done, I reduce it back using Shift "arrow down".

Otherwise, you may want to look at normalizing your weaker events.

@Illusion Thanks for explaining- that will be helpful for when I just can't see the waveforms well enough to align and don't really want to deal with cutting out peaks and normalizing. I wish there were a shortcut to restore to default waveforms (shift-0?) so I don't have to remember how man times I hit the arrow.

I just hit shift "down arrow" until it no longer changes, you cannot go negative.

OK, here is an easy one for Magix to do:

On the pan crop add the ability to draw down and across guide rulers to aid in using the anchor creation tool to help line up points. This is common in Photoshop and other graphic software. As per this example: 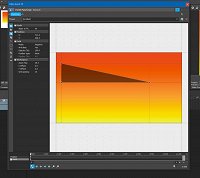 any chance to Fix or improve VEGAS Grading Panel & WB color science/emulation? The Gamma/Lift create so much spills. The WB also spills & lifted the dark area. You can see the how the gradient map look comparing VP & DR

any chance to Fix or improve VEGAS Grading Panel & WB color science/emulation? The Gamma/Lift create so much spills. The WB also spills & lifted the dark area. You can see the how the gradient map look comparing VP & DR

While I can't see the images given the forum issues at the moment, I completely agree. I'd like to see the wheels affect highlight/midtones/shadows more independently (fine if they overlap/feather a bit to avoid harsh transitions), but gain shouldn't be touching the shadows. Something like the Resolve controls in log mode would be way easier to control.

add ability to export with "closed" (or "soft" or "optional" or "embedded") subtitles - those which can be turned on/off in the video player. Preferably with .MP4 files (other editors do this with .mov quicktime and some other file types)

The ability to "Close Gaps" in addition to every gap (as it is in VP18), but to be able to close gaps either before or after the cursor in the timeline.

The ability to "Close Gaps" in addition to every gap (as it is in VP18), but to be able to close gaps either before or after the cursor in the timeline.

Also selected Events and selected Tracks as in Vegasaur?

The masking in the pan and crop tool could be better

We all know Vegas and Hitfilm are friends

So maybe it is better lend then do it yourself I would love to be able to draw shapes (hollow or solid) in the text editor....

Updating audio waveform
I would like to see an updating waveform display for audio events that reflects changes made by the volume Fx and other tools. Currently unless you normalize the audio, the audio waveform doesn't get bigger/ easier to see. For quiet clips its effectively invisible, making manual syncing a problem. If you have 32-bit audio and reduce clipped audio with volume Fx, the waveform still looks clipped, even though it's not. "Refresh audio peaks" doesn't fix this. Shift increase only works to make small waveforms visible, but anything at normal volume will become too high/no longer visible.